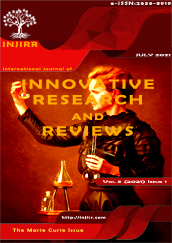 The glycemic response to an ingested food was found to depend not merely on the glycemic index (GI) but also on the total amount of carbohydrates ingested, and this led to the concept of glycemic load (GL). GL, accounts for how much of carbohydrate is in the food and how each gram of carbohydrate in the food raises blood glucose levels. GI and GL are determinated in vivo and in vitro. However, in vivo method is required long time, low speed and addition of scientific ethics board approval, we proposed in vitro hydrolysed index procedure. On the other hand, in vitro methods have many advantages such as time, speed, cost and no scientific ethics board approval. In this paper we evaluated, in terms of glycemic parameters some types of salty and sweet snacks such as whole wheat snack, light biscuit, bread chips with pepper, bread chips with basil and apple pie respectively. We have shown an in vitro analytical hydrolysis index procedure based on digestion enzymes that allows the prediction of the GI of each snack type. Herein, it was aimed to determine the glycemic response of some snacks types commonly consumed in Turkey by using our method.